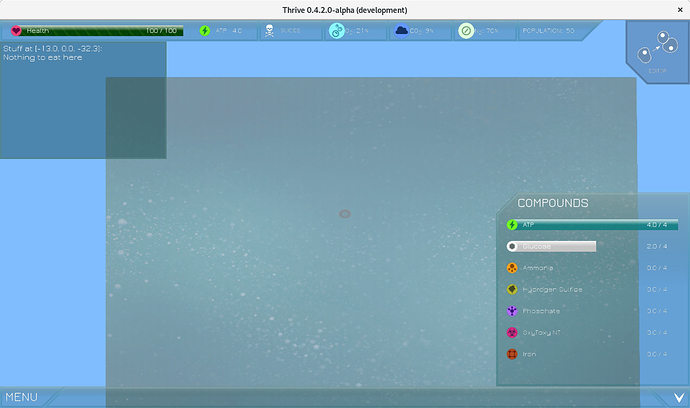 Backgrounds now have their layers and they are attached to the camera again: 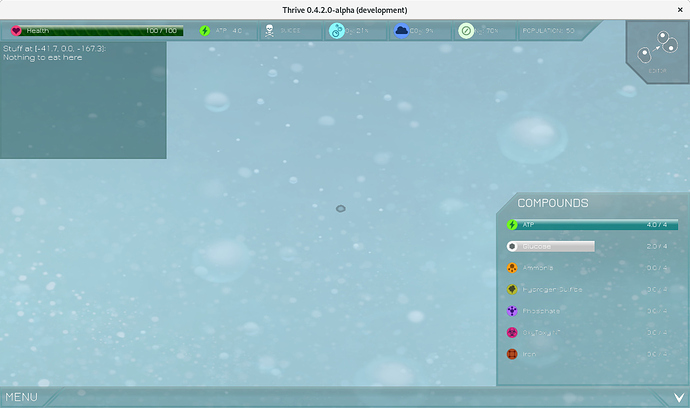 This time the background should be actually a square (instead of depending on the screen aspect ratio) and thus less distorted. Also I added code to move the background away when changing the zoom level so now the background reacts to scrolling out (albeit slightly out of sync due to all the camera smoothing going on).

It is very bright due to the eye adaptation settings, I’m still not sure what should be done to them (I think it should be pretty easy to turn off, but their purpose is to make the image more realistic)… There’s a slight issue: it takes almost a minute for bsf to import the shader file, which means I need to setup things so that assets and shaders are imported as a separate build step.

This is awesome, great work

Do you have any kind of estimate for how far through this process you are? I know it’s quite hard to estimate that sort of thing, is it like 30% or more like 70%? I totally get it’s impossible to know how long it will take going forwards as it depends how much time you want to work on it.

Feature-wise, I think I need to do just two shaders: membrane and organelle, and then have all the floating things showing up. Then there’s the editor and the organelles, but the organelles after the first one is done need just a bit of config tweaking to select the right model and texture files. So I’d say more than half-way done, maybe even 60-70%. Though, now I need to work on an asset import tool for the engine as the transparent shaders take so long to import (this is a classic example of something new suddenly popping up in a programming project). But I think I have enough time to get it done before I don’t have time once again. Of course the Windows version might be a lot of trouble.

Finished doing the import tool. And surprisingly it takes just a couple seconds to run (compared to taking dozens of seconds when directly importing in the game).
I also tweaked the cloud shader to make it render before the cells (so now it is always behind them). Here’s a screenshot of that: 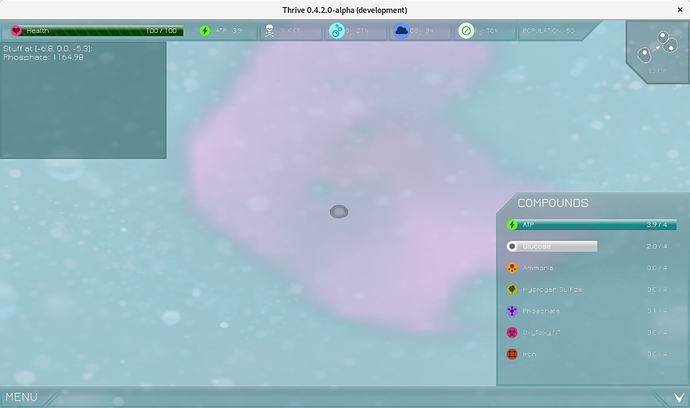 Membrane wiggle is back 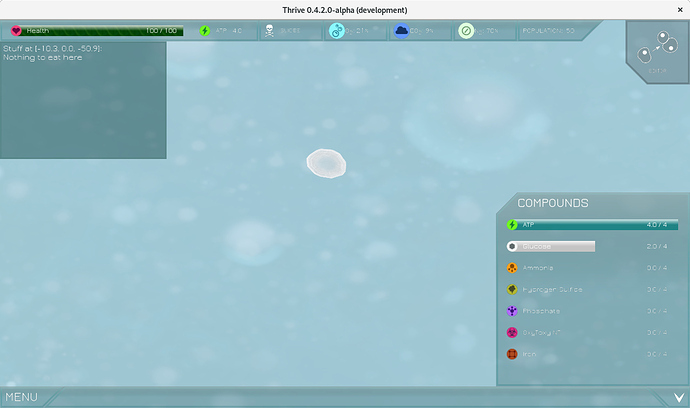 Also I almost completely accidentally made it so that the wiggle depends on world position, so now when the cell moves it wiggles more. There is some slight weirdness with the texture swapping directions sometimes, but I’ll leave it for now.

I hit an issue with the lighting (BSF now for me doesn’t want to import any transparent shaders with lighting… hopefully this can be resolved), so for now the cell doesn’t have any lighting on it.

First look at chunks. The lighting seems to not be smooth and instead the vertex boundaries are very visible. 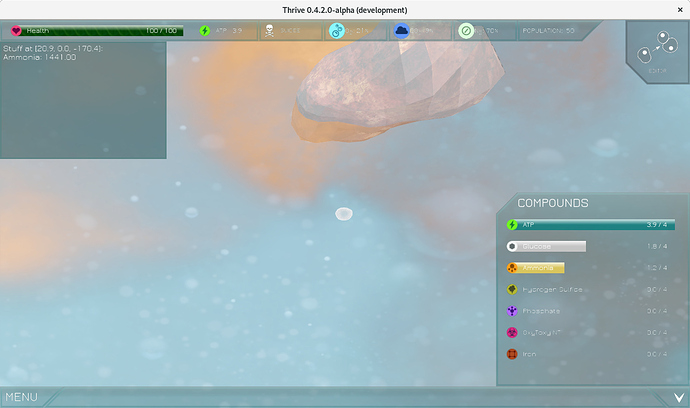 Also iron_01 and iron_02 models are missing… and many of the model names don’t correlate with the .blend files we have…

Turns out the non-smooth lighting was due to “mark sharp” option on all the edges of the rock models.
This is after editing the models: 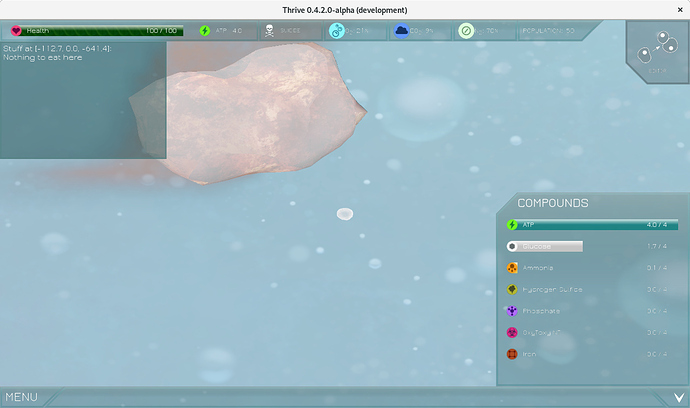 The light is still a bit strong, but I’ll do the editor next before doing a final round of tweaking.

Working on the editor now. For some reason the script exposed versions of the mouse position to world coordinate translation didn’t work, so I swapped the scripts to call the C++ get target point method.
Also added style to the scroll bar (which now works with the mouse wheel): 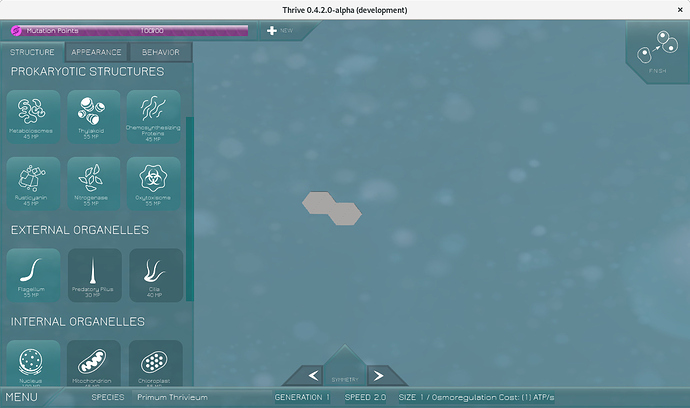 Some work on getting organelle models showing up in the editor: 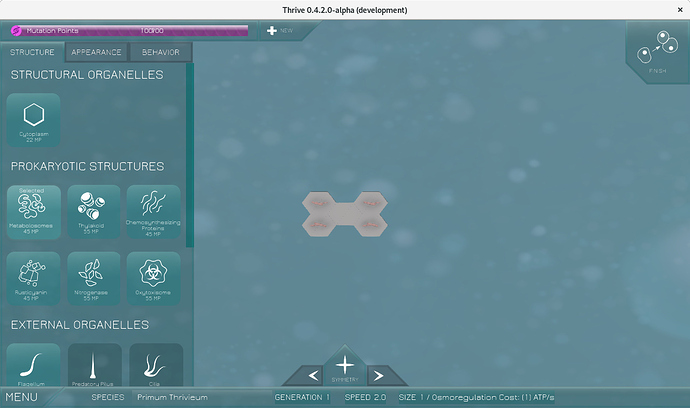 A ton of the models are either named something strange or the texture names are missing, so only just one organelle works for now.

The editor is now working (at least the organelles I could test): 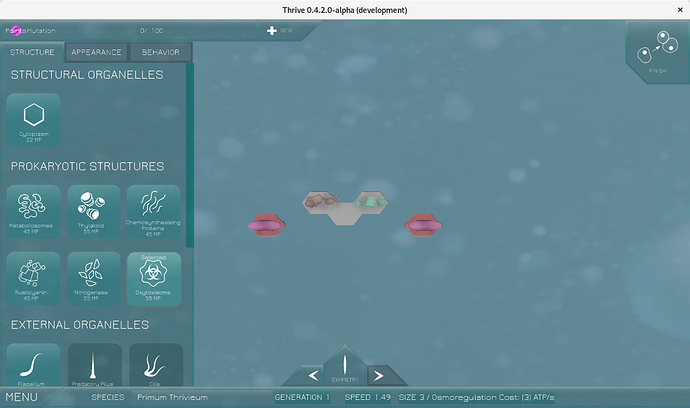 But for some reason they don’t show up in the stage yet. Once I get that done, I think I’m mostly done with everything and can jump over to Windows to fix the build there. 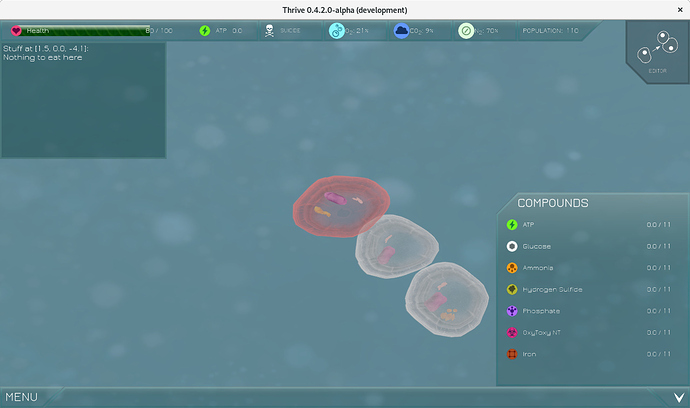 Remade the organelle shader. This also has the lighting issue (https://discourse.bsframework.io/t/importing-transparent-shader-with-lighting-fails/482?u=hhyyrylainen) so they don’t react to light. 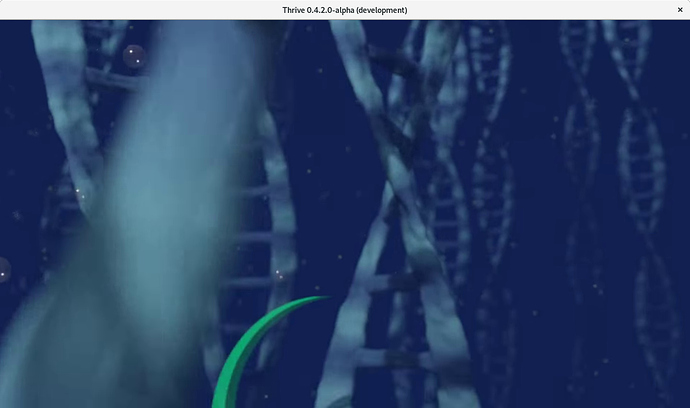 So I think this means that, while there are a bunch of stuff still do, it’s time to commit to svn and start thinking about merging.
There’s a ton of changes:

I already did a merge with the engine. If anyone wants to check the commit history on that, it’s here: https://github.com/hhyyrylainen/Leviathan/pull/47

I also created a pull request for thrive: https://github.com/Revolutionary-Games/Thrive/pull/790

I’m not going to merge it just yet

Great work on this, you’ve made really rapid progress

Things are getting closer to being done: https://github.com/Revolutionary-Games/Thrive/pull/790#issuecomment-514331968
Soontm it will be time do a public tech test to see if the game runs on different computers.

Getting closer to having animations on flagella again:

Added skybox importing and I added one to thrive. Seems it doesn’t do much for the membrane: 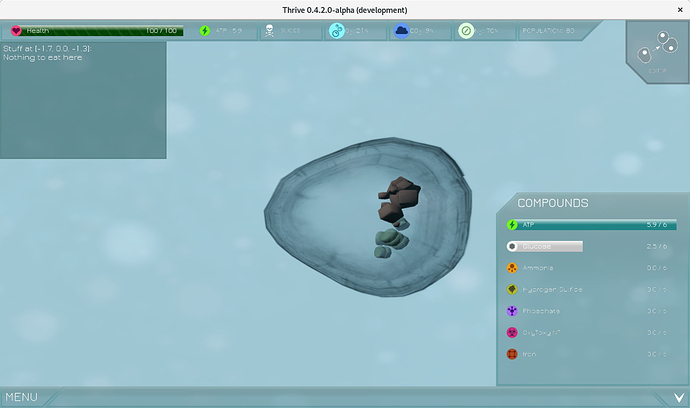 But in the editor it makes the grey hexes look less dull: 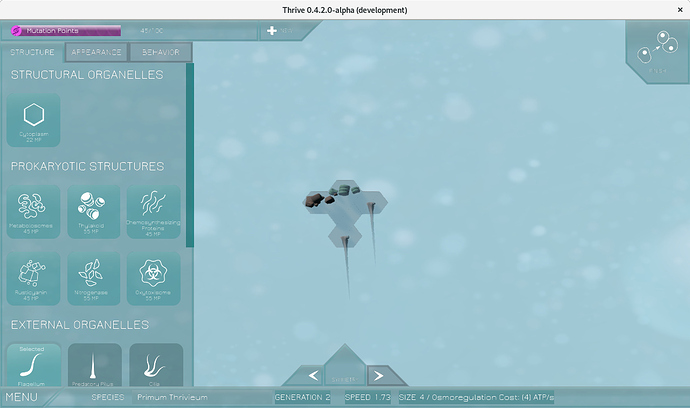 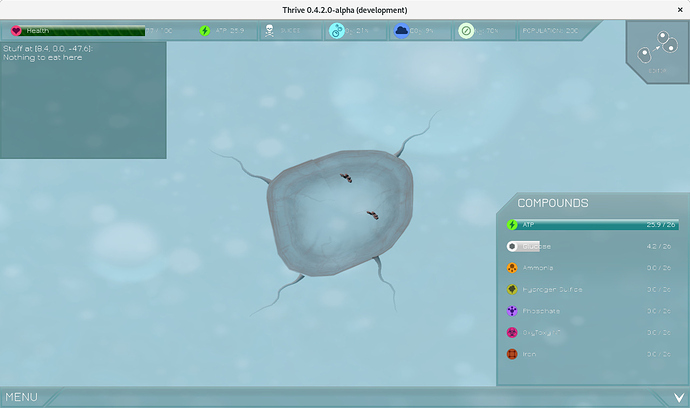 Opened an issue about the resizing being broken: https://github.com/GameFoundry/bsf/issues/382