So i created this because we were clogging up slack chat with tweaking suggestions for the color scheme (we can now set brightness, saturation etc. of cells) 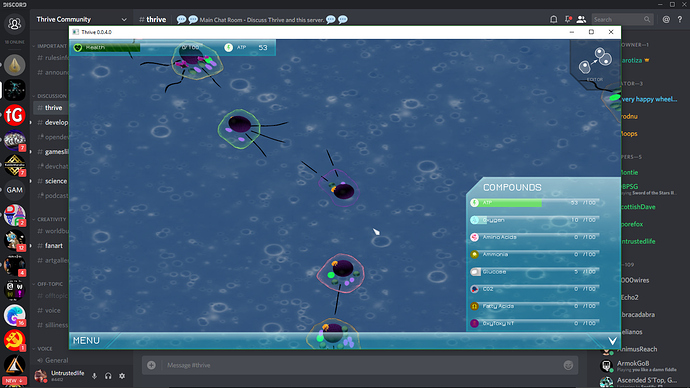 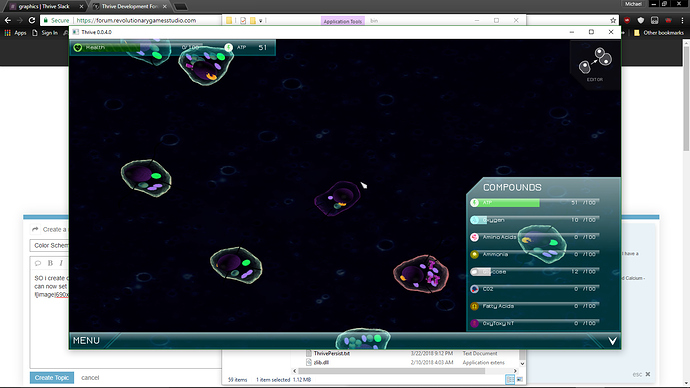 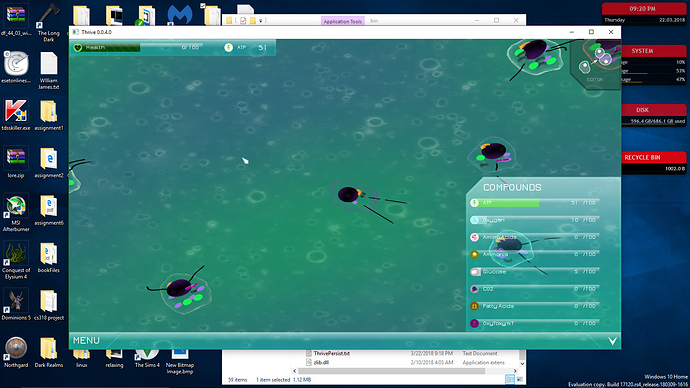 image1600×900 422 KB
So what are peoples thoughts? Should we wait til we have lights to tweak these numbers more should brightness vary by biome? Should it be more or less cartoony? WHo knows.

SHould brightness be reduced etc?

Right now it desaturates them down to 75% saturation, (as suggested by @NickTheNick). But we have also tried 100% saturation, half brightness etc.

This reminds me of something that I ask myself from time to time: There‘s a series of wonderful microbe stage concept art floating around, this is one of the images:

Just what it says.


Here the organelles of the cells are only faintly visible and don‘t really have their own coloration. In addition the cells are almost entirely opaque. While the last bit might be less realistic than transparent microbes, this look is in my opinion aesthetically superior to our current look by a mile. Because like this one cell has an uniform coloration it feels much more like one unity, one thing.
As it currently stands a cell feels rather like a collection of things rather than one thing.
Add to that the fact that most cells consist of more or less the same few organelles (nucleus, golgi apperatus, mitochondria and vacuoles are essential) and cells don‘t really differ enough from one another.
Because of these two factors the current design isn‘t only unaesthetic (imo), but also unpractical from a gameplay point of view. A look more akin to the concept image would help the player to differenciate between NPC species and quickly identify them once he knows which species to hunt and which to flee from.
This isn‘t a top priority, but I highly suggest we move more towards the look in this image than what we currently have. I‘m not saying we should make it look exactly like on this image, but maybe something in between.
What‘s the consensus about this? Is this already planned? Or do you want to stick to the current look?
2 Likes
Narotiza March 25, 2018, 12:29am #3

I agree, I think microbes should be limited to having only one or a small handful of colors so they’re more easily identifiable and feel like one thing. I’m not sure if I like the opaqueness of the cells in the concept though.

I really like the style of this video, and I think Thrive would look a lot better if it mimicked it more closely.

I think we should make the membranes changing brightness (and maybe color to some extent) depending on the background they’re in (maybe using lights?

I think there are three main things to make the membranes look good and match the microbial aesthetic:

This picture from the earlier release shows the colour palette and internal tinting perfectly. 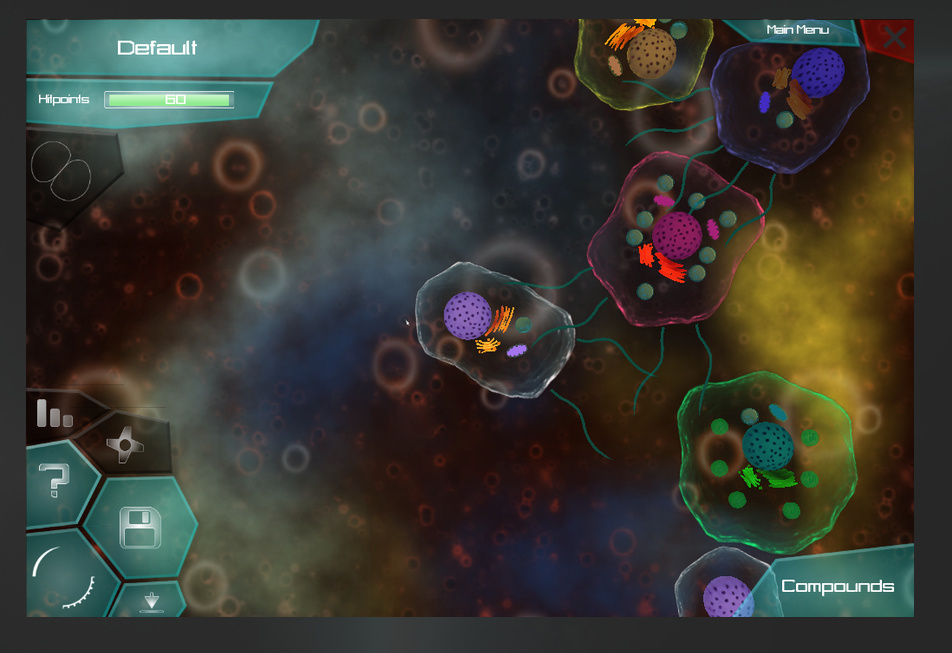 I remembered that I’d put a paraphrased version of ~sciocont’s microbe colouration guidelines on the wiki:

Ah yeah there we go, I take back what I said the link Oliver posted is more accurate (I updated the list too).

Got organelle tinting working properly tonight, and we can tweak the hue saturation and brightness aswell now 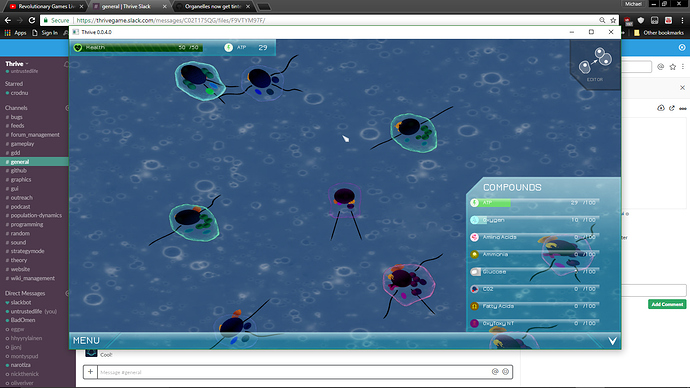 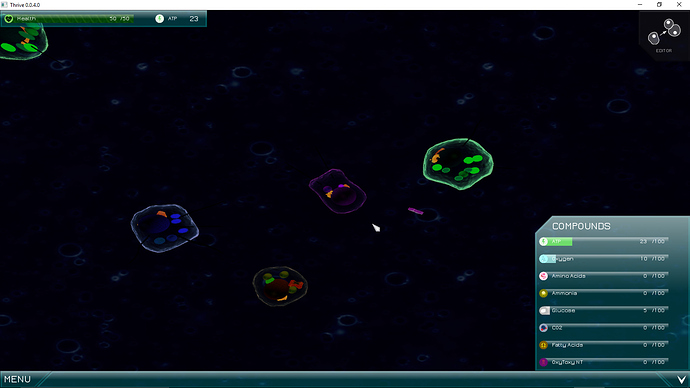 Its much darker then we had, but we can tweak the variables any way we want. SO do suggest some changes!

My only suggestions are for the models themselves: brighter nuceli, flagella and properly rotated organelles. I think we’d have a better understanding of what needs changing colour-wise with those changes in place.