@Narotiza Would you be able to make the graphic elements for it? If you do I could write out the contents of the pages in the help panel.

Oh Belgium that’s me!!
So, what does the current GUI look like? It has a hints thing, right? I think I need a bit of a refresher due to being unable to play the game currently. 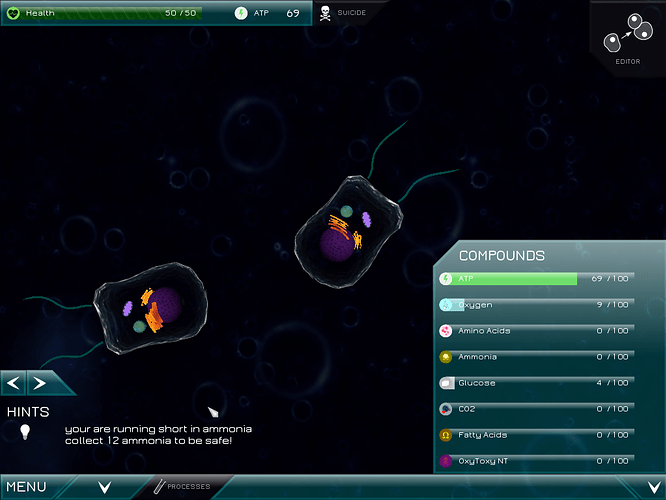 I assume there’ll be a box around the hint so it’s not just floating text?
What’s in the menu again? 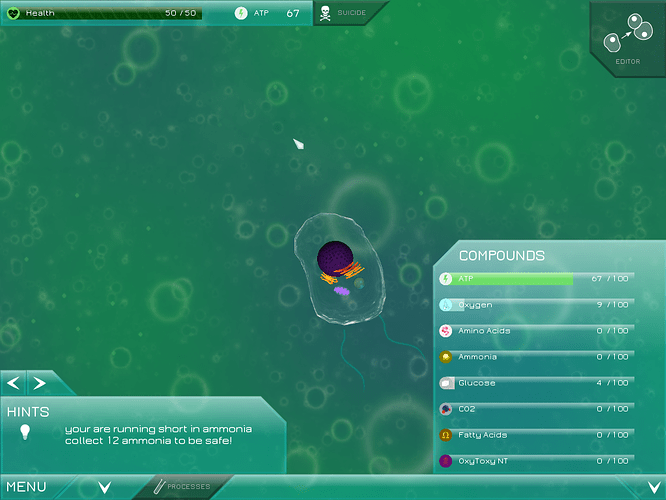 I mean the menu button in the bottom left, didn’t it pause the game and bring up a bunch of buttons with stuff like resume, quit game, etc.?

Edit: i will take a screenshot for it now and post it in a new edit

another Edit: here is it 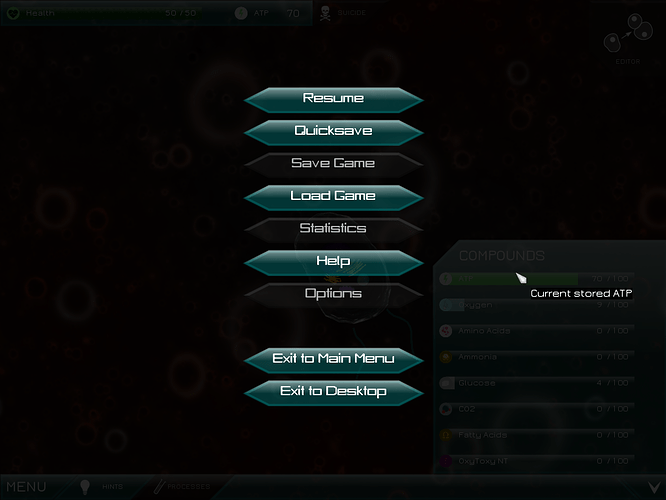 !
and if you want a screenshot for the old help let me know

I’ll post a concept picture of what I’m imagining for the help panel soon. 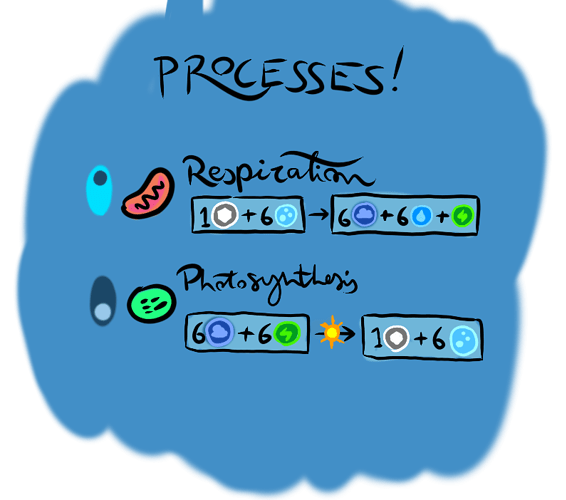 processes796×702 137 KB
The little circular icons represent compounds, hovering over them with the mouse shows their name.
The switches to the left of the organelle icons allow you to completely toggle a process. (photosynthesis is turned off)

There is some stuff missing still, like the ability to more specifically toggle multiple organelles (say if you want to only turn off one of your mitochondria, like if it’s damaged or something), a thing showing how much compounds a process is currently using and how much per minute and stuff, and probably some stuff that I haven’t thought of/forgot about.

EDIT: Here are all my compound icons again 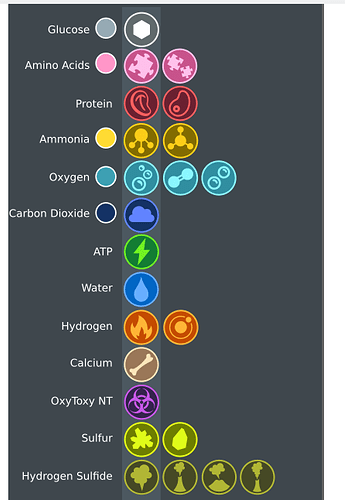 it looks GREAT! i like it can not wait to see the final one

Edit:for controlling number of same organelle you can just make when you click on the mitochondria it expand with all the other mitochondria in smaller size

I think i asked this before but i forgot the answer, but are we going to have toggable organelles? That seems like it could be very micromanagement intensive, and kind of unrealistic in bacteria-based organelles like the mitochondrion and the chloroplast.

We discussed it when discussing questions from the wiki. I remember we decided it was better not to allow it, and I’m still of that position. There may be a case for it though.

Awesome design Narotiza! Here is what I had in mind for the help panel. 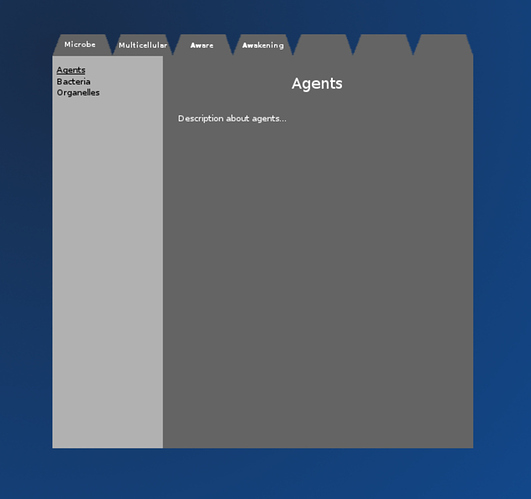 The top buttons divide between the content for the different stages, and on the left hand panel would be the all the different pages for that stage.

Thanks! Just to be clear though that’s meant as a concept design for Narotiza to work from not the actual graphic haha.