As I said here, I’m working on fixing some of the game’s sound effects for the next release. Nothing major, but it’ll clear up some small annoyances and hopefully improve the general game atmosphere.

Numbers 5 and 7 I can’t do because they require some programming knowledge. It’s possible 7 will be ignored completely since it relates to the game engine. If 5 isn’t completed in time, I’ll remove the sound instead.

Here are some preliminary engulfment and reproduction sound effects (you’ll need a media player capable of playing .ogg files to hear them):

Like most things I’m not entirely satisfied, but then again I’ve never been very good at sound effects, and these can be temporary anyway.

I’ve also fixed some of the volume issues with the microbe themes, primarily some being massively louder than others. I’ll upload the new batch to Slack so the programmers can replace the SVN assets.

I hate to be critical, but I think both of those need improvement. The engulfment effect sounds a bit strange (like a tree falling over while something bubbles in the background). I think the sound of the effect should be much softer and more subtle, especially since it will probably need to be played on loop since engulfment can vary in how long it takes.

For the reproduction sound, is that supposed to be the sound of pressing the button to reproduce, or the sound of your cell actually splitting? If the latter, I don’t think it sounds very natural. If the former, then I think that works, but again I’d suggest making it softer/more subtle of a sound.

I think the sound of the effect should be much softer and more subtle, especially since it will probably need to be played on loop since engulfment can vary in how long it takes.

At the moment the game can’t do that, although if the programmers figure out how I’d definitely prefer that too. Right now if it was longer it would just end up layering over itself, a bit like how the collision sound effect keeps repeating.[quote=“NickTheNick, post:3, topic:189”]
For the reproduction sound, is that supposed to be the sound of pressing the button to reproduce, or the sound of your cell actually splitting?
[/quote]

The actual splitting. It’s not suited to realistic reproduction, I agree, but suddenly splitting in two is hardly realistic either, so I made it a bit more game-y (like the picking up an organelle sound).

I’ve set up my own branch on GitHub so I can make all the code changes necessary without bothering the programmers: 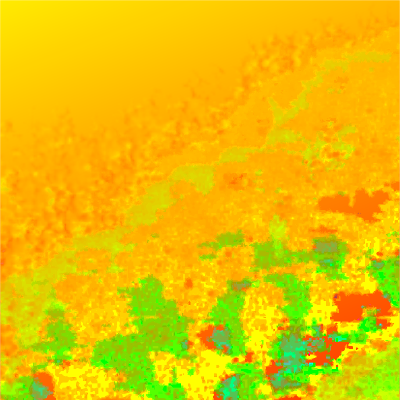 Contribute to Oliveriver/Thrive development by creating an account on GitHub.

I might need a bit of guidance on how to submit a pull request to the Revolutionary Games branch.

^ And I’ve submitted a pull request. Huh, so that’s how it works.

In other news, I tried making some new sounds:

What do people think of these? I’m still not entirely sure.

Could you try slowing down the first effect and decreasing the pitch?

Hm no, it didn’t turn out as I thought. I’d imagine that if we were to put sounds for engulfment, it would sound more like an underwater bubble popping, like heard here in Spore’s cell stage: https://youtu.be/U-x0AQmI_jQ?t=5m20s

What do you think?

I know I’m not a sound guy but I thought I’d offer my two cents:

@NickTheNick, the reason the popping bubble sound works so well in Spore is because the cell literally just pops the whole morsel of food in its mouth. In Thrive, you usually have to chase down other cells as you’re engulfing them because they actively try to escape. A popping sound wouldn’t fit with this.

My suggestion is a looping slimy sound effect that varies in volume (or plays quietly and subtly in the background) depending on how much of your prey is engulfed at a time. Something like this: https://www.youtube.com/watch?v=u6JVi1dboPQ

I think that’d fit quite well, given a few tweaks.

I’m not too sure about the slimy sound, but it’s Oliver’s call on what sort of effect to go with.

Engulfment happens over a long duration but we’re limited by the current way sound effects are coded. Looped sound effects or sound effects that stop when an action stops are impossible until someone figures out how to do it with code, which we can’t do right now since the programmers don’t have much time.

Right now I’ve been struggling to make a good sound because it needs to last long enough to create a “sucking” effect (rather than a pop or splash as Nick seems to be suggesting) but not so long that if a cell stops engulfing mid-sound it will continue for a few second afterwards.

Another attempt. To be honest it’s probably not much better than the previous ones, but at this point I’m fine releasing with it as all we really need is a clear signal the player’s being engulfed. Unless everyone hates it I’ll work with @crovea to get it in before tomorrow evening.