As many of you know, we are adding a parallax background for next release. Fot those of you who don’t know that means, we basically have a couple layers of transparent background that move at varrying speeds as the player changes his position to create a parallax effect. Eventually we want to create something like this:

Notice how the “front” layer moves a lot faster than the ones on the back.

Moving on. Current we have this background texture that I made tileable: 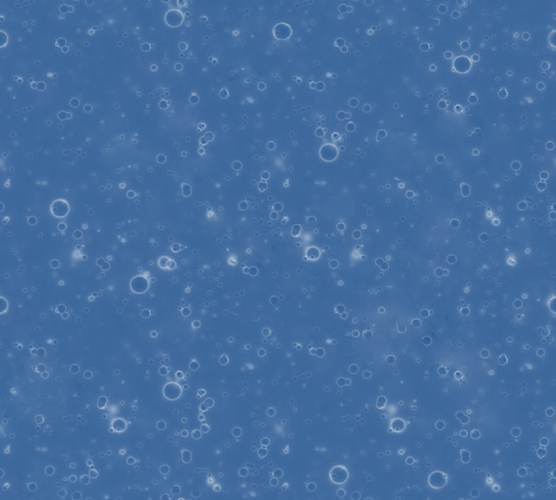 blue_01_tileable.png609×547 235 KB
It already moves with the player, the only thing missing are the multiple layers that should be on top of it. I think around 2-3 should be ideal.

This post is a call to action to our artists out there. I need someone to create a couple textures that feature only the bubbles (not the blue background). These bubbles should be a whiteish grey just like in the one above, while the rest of the image should be alpha. The first layer should have bubbles the same size as the largest ones in the above texture (around twenty is fine). The subsequent two layers should feature larger bubbles, but in a smaller quantity (I’d say that the top most layer should have 5 bubbles double the size of the original image).

I know that my directions sound a bit restrictive and lack artistic creativity, so feel free to add your suggestions and we’ll discuss them in this thread. Finally, this is a very important and difficult task, so its okay if you don’t want to do it, but it would be really nice if someone stepped up to do it.

Thanks for reading this post, and helping us get the best possible background in Thrive!

Thanks to HardcoreSpaceTaco from the community forums, I finished the parallax background today. The effect is fairly subtle and not too noticeable, but in my opinion, it adds a lot of depth to the game. Here is a video:

Nice parallax effect! It could look just a tad nicer with some sort of film layer of minute bubbles or other debris over the player’s level, to complete the illusion of depth. Otherwise, I have to say, that parallax is practically on a holographic level of effects right now!

Nice parallax effect! It could look just a tad nicer with some sort of film layer of minute bubbles or other debris over the player’s level, to complete the illusion of depth. Otherwise, I have to say, that parallax is practically on a holographic level of effects right now!

You’re not the first person to the suggest that. Must be a really good idea. In fact, I did that originally. The problem is that the layer of bubbles above the player is incredibly distracting and detracts from the immersion. Bubbles above the player move really fast (since they’re closer to the camera) and its a bit like having an incredibly annoying fly that constantly flies in front of your face, and you cannot do anything about that. So after a while, I decided that the background should remain just that, a background. However, being in a script, it is very easily to modify, so anyone that doesn’t like it can easily change it

Finally, we will have a layer of compound clouds and bacteria on the same layer as the player, which should make things even better.

Wow! This is awesome.

I still see a seem in the top bubble layer every now and then. It’s not massively noticeable, but once you see it it’s distracting. It should just be a quick fix to the image file.

Also, and because I keep piling undue work on other people, I’d be interested to know what it looks like with other backgrounds. My personal favourite is this one, but I know it might be a bit too detailed to work properly.

Yep, I see it, should be fairly easy to fix.

I like that background too, but it definitely doesn’t work with the same bubbles, so we’ll need to make some new layers. 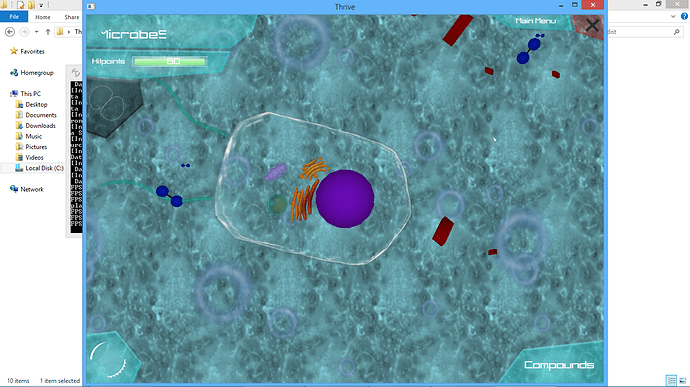 Seems like it should be easy enough to make some parallax layer graphics for that particular background, though the bubbles should probably be smaller for that one, as with the detail of it, the background looks much closer, like these microbes are scuttling about the surface, like a tissue or coral sample on a microscope slide.

Though if it is possible, I would like to see if that background can be made to pulsate in some areas, due to its organic appearance. Might give the background a nice and unique effect. Would be a good polish if the microbe stage had several backgrounds that it randomly filters through on generation of a game to choose one of the stage. Would mix things up a bit, and keep a little extra ‘freshness’ to the beginning of life in the universe if each time you start up another microbe stage it filters into a different environment, as not every planet’s tidepools would likely be the same. Though such a mechanic would have its limits.

I’d attempt a prototype myself, but I’m afraid I’m not much of a coder yet. Currently just an asset designer/foley guy. Keep up the good work Creator!

Since we’re talking about bubbles, what about making actual poppable bubble instances like in Spore? just plain bubbles floating around that bounce off your cell or pop when poked by a pilus. We could even add some mechanic to them, like having certain compounds trapped in bubbles.

I was also thinking, in order to make the environment seem more alive why not have microbes swimming in other layers as well? You wouldn’t be able to interact with them, but it might look cool.