Hi, Cubed here. I was looking at this thread and noticed the need for Bacteria and also by extension a toxin emitter, I posted this before in my introduction page but I have the toxin emitter (or atleast a shaky base of it), aswell as a few different bacteria models, So I was hoping to share them here, I hope this is acceptable because this thread is the one that mentioned bacteria models and the sort, so im thinking I can post this in, I hope they’re good 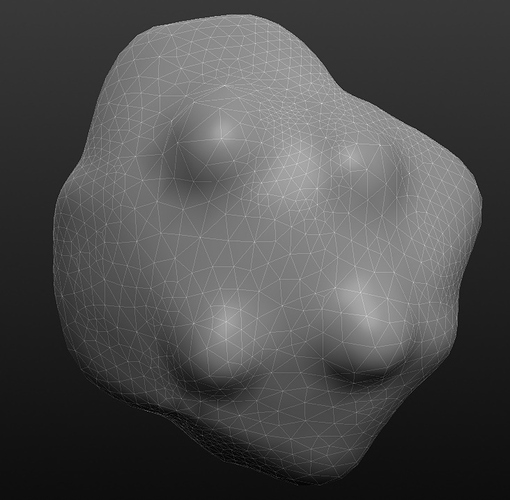 Don’t worry about necroposting, this is the right thread. The first model looks really good, but it’s a virus (I don’t think there are any bacteria that look like that).

The second model should be more spherical to look like cyanobacteria. From the pictures I’ve seen individual cyanobacteria have a coccus shape: I’ll fix those up when I get home

though I assume that the first model (the virus like one) isn’t really able to be used since well, virus? If so I can try to make another one, just give an example and I can try.
Edit: If I make a model, I’ll edit it here

We may add viruses in the feature, but I think at this scale they’d mostly appear as clouds. I’ll find you some good concept images to work off of.

These have a sort of spherical/rounded cube/rounded rectangular prism shape to them, but from top view they should mostly appear as rounded squares or ovals. They are typically more rounded than square, but when in chains the squishing causes them to take a more squared shape. Compare this:

And I’m pretty sure we’re having cyanobacteria only appear as chains, so go for a shape based off that. Would you be able to make the cyanobacteria cells partially transparent, and then have darker green circles inside of them (As is visible in the pictures I posted)?

Another common shape for bacteria is the bacillus. This one is more like the typical bacterial cell we imagine when we think bacteria. These ones look like pills; they’re small rounded cylindrically shaped cells. There’s two kinds you could make models for here. A simple kind, like this:

And then another kind with attached and animated flagella and cilia.

The last kind is pretty simple, they’d just be coccus shaped except not in chains like the cyanobacteria.

After a bit of work, I was able to create a bit of the bacterium that you wanted, I hope these are good, I can improve them if you want

2 and 4 look good to me!
Between 1 and 3 I think 1 looks better, but could you make it straight instead of bent? Maybe a slight bend if you want.

Of course! I hope this is what you were asking for

That looks like a lot of triangles for things that’ll only be about a tenth(?) the size of the player, especially if there’s going to be clouds of them. Will their quality be lowered?

Of course! This is just concepts anyhow
Edit: Concepts as in, ya know, These are what they look like for now.

Sorry for the double post but, I have made a bit more models, aswell as a possible flagellum model(s?) (If only I knew to animate), Here they are.

Wow. I’m gone for a week, and this is what I come back to. The only thing I can think of that would be better, is coming back to a finished microbe stage. Anyway, those models are absolutely amazing. Here are some key points I can think off:

PS. I moved this to a new thread to give it the attention it deserves.

@TheCreator Thank you for the kind words! I’m glad I’m able to help out, I’ve wanted to for some time and only now have I found my purpose

In response to statement 3, it should be noted that these are just for concept/showing off, of course they will be reduced to make the game run at a reasonable pace, it’s all just for the looks for now, I may get it down to 20, may be a bit higher to preserve quality though.

Could you also make another Bacillus model that’s just perfectly straight? We could use the two variants as well as different colours to allow for more bacteria species.

I made one but I think it looks a bit bland, but, hey maybe it will work good for you! 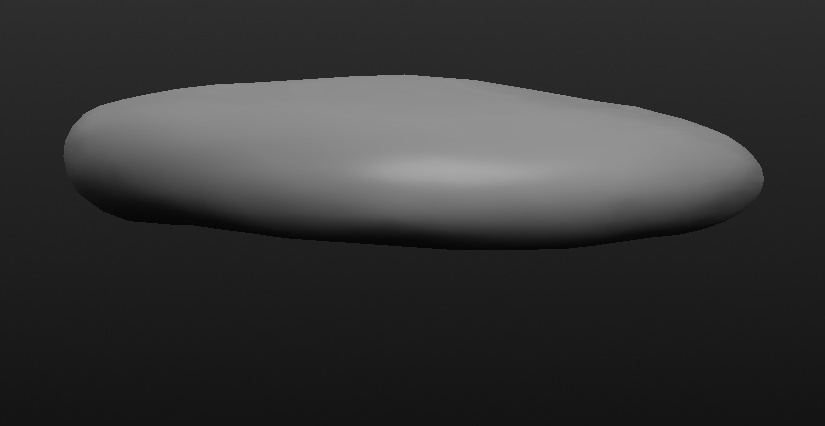 Don’t worry. They’re going to be small enough that the fact they’re low poly isn’t going to be noticeable.

How good are you with rigging? I’d like to see you take the “bland model” and add 2 or 3 bones into it length wise. That way you’ll be able to easily change their shapes for fast repetition.

Also, I’d suggest taking the Bacillus model now and creating a couple variations in shape that we can use as a “pool” to signify diversity in the bacteria population (we can just scale them in game to show variation in size).

I know next to nothing about rigging, though I could probably follow a guide and make something : ) 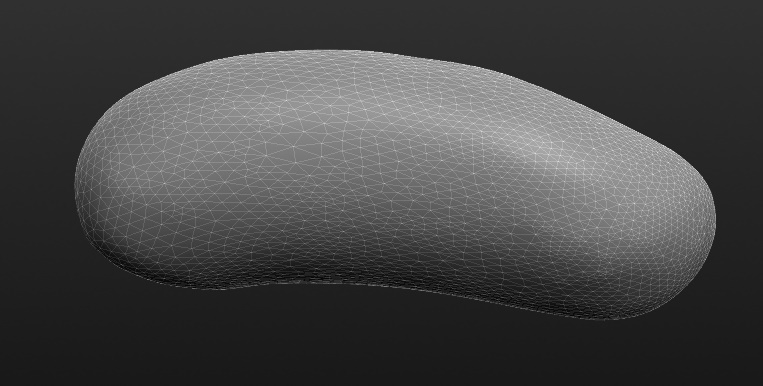 After a bit of time and an ease of access tutorial I have been able to add a few bones to the model, This will allow me to easily modify it and create new poses 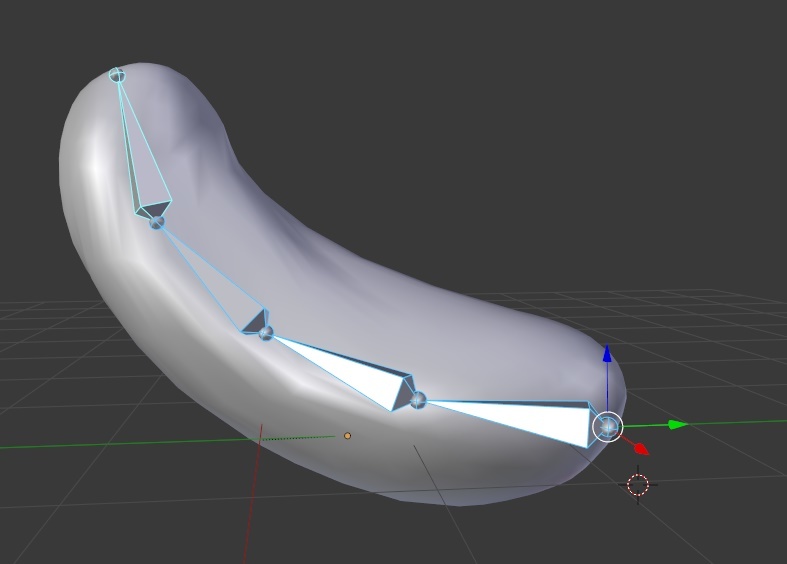 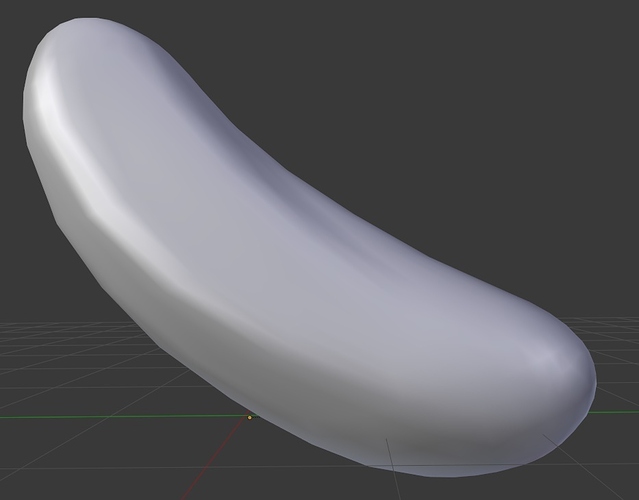 That’s what I’m taking about! We now have virtually limitless models of one bacteria species. Eventually it would make sense to create turning, moving, and stopping animations, but since we have no idea how the microbe AI will work for now, that will be a potential waste of time. Here’s what I can think of you to do next:

I worked on a bit of textures, I tried to make a few for variety and game sake, what do you think? If theres any changes that need to be made please tell me because I can probably make a few quick edits, thanks! 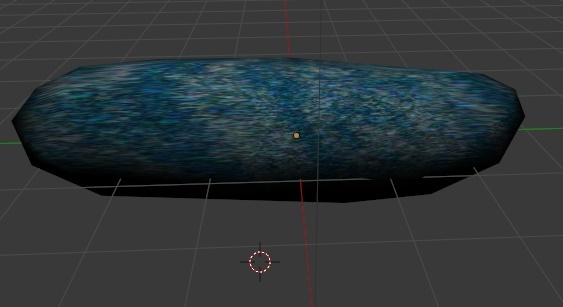 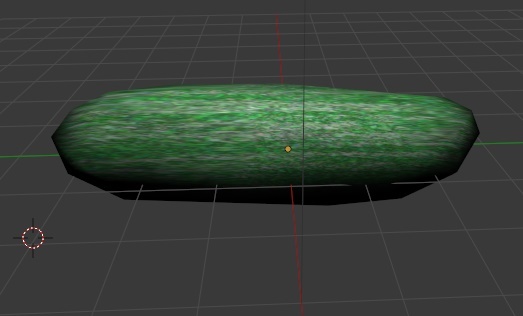 You should also make the colors more “clear” and bright. Take the current ER and golgi model. They will be modified inside the game (and every modification makes the color darker and more complex).