I have an idea, i think that after each auto evo step , for now, (later we move this to a sort of “history” page for the thrivopedia) it gives you a little run-down of what happened in the last auto-evo step, For example: this step a “mass extinction” (give a flavored version of this, eg “a meteor struck” etc) happened and “x new species” emerged and “x species went extinct” just to give the player a general idea of what is going on in their world. Each step and to help them feel more like their world is alive. It wouldn’t be alot of work to add.

I don’t think we should consider adding that yet. And I think it should be shown when entering the editor as like a summary of things to watch out for, like a list of upcoming disasters like an ice age and then some summary of species evolving.

I don’t particularly like how currently there are just mass extinction events that just happen without reason.

I think I agree with the general principle, we do want a screen to show what is happening with the climate and with auto-evo. I also agree it doesn’t make so much sense to quickly make one now only to change it later. I think it makes sense to agree what info we want on the screen, get some input from the art team and then make it.

In terms of how it would work I was thinking the other day that maybe one possibility is having a flow like:

Basically you fill in the history of your species over that last time jump. I think this satisfies @crodnu 's point that you want evolution to be in response to a changing climate and not in preparation for it. It also allows the player to see how the ai cells have changed when they make their changes.

@Untrustedlife would that make sense as a place to put the info you are talking about?

I just want to make the player aware of what’s going on around them with a little text pop-up right now.

About mass extinctions @hhyyrylainen right now they happen when the amount of species is over a certain threshold so there is a reason. There is a 1/1000 chance of a random one happening but that is exceedingly rare, and is actually realistic since that kind of thing does happen.

I think it would be a nice thing to add, though I agree with TJWhale that we should at least get some sort of consensus instead of immediately going with an idea.

Also, I’m not too sure about presenting that information in the editor, since it might either overwhelm the player, making them feel like they have to get caught up with everything each time they enter it, or give them too much of an upper hand and make things too predictable; for instance they would always be immune to the toxins of predators if they always look at how they’ve evolved. On the other hand I think leaving the game to simulate the changes after leaving the editor also lets it factor the player’s organism into the changes and keeps the player guessing a little. As long as changes can be somewhat predicted, of course; I’d rather not have a sudden, immediate ice age but rather a smooth transition with the temperature gradually decreasing, giving me time to react and slowly grow my fur. Though this might place the other organisms ahead of the player instead, for instance predators would almost always break through any defenses the player evolves, leaving the player feeling frustrated and hopeless.

I’d overall prefer a system based on the latter as long as it somehow lets the player have an advantage some of the time, just not all of it so it doesn’t feel too easy or predictable.

About mass extinctions @hhyyrylainen right now they happen when the amount of species is over a certain threshold so there is a reason. There is a 1/1000 chance of a random one happening but that is exceedingly rare, and is actually realistic since that kind of thing does happen.

I was going to reply that it is unlikely that the amount of species doesn’t trigger mass extinctions, environmental changes and new highly competitive species does (I’m not very sure that this second point is true…). But I couldn’t find listed causes on Wikipedia for mass extinctions: 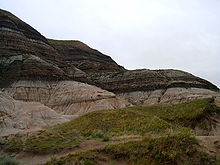 An extinction event (also known as a mass extinction or biotic crisis) is a widespread and rapid decrease in the biodiversity on Earth. Such an event is identified by a sharp change in the diversity and abundance of multicellular organisms. It occurs when the rate of extinction increases with respect to the rate of speciation. Because most diversity and biomass on Earth is microbial, and thus difficult to measure, recorded extinction events affect the easily observed, biologically complex compone...

I just want to make the player aware of what’s going on around them with a little text pop-up right now.

I agree with @Narotiza that such a thing might very well be too much information. I’d much prefer that the player is given limited info about their competition. I get that you are very excited about the current system and would like to make it more visible. But when we get a proper auto-evo going I’ll be happy that I can go and delete the current system.

I was talking about what happens right now in the code, not real life. And right now it happens when the amount of species is over a certain threshold.

And yes highly competitive species do, we are causing alot of extinction, and the evolution of jaws did help bring about the Ordovician-silurian mass extinction.

I agree that things will change, but i think its safe to say giving the player a little bit of info each step for 0.4.0 will keep them engaged in the world. And its very easy to do at this point.

Really, having a little pop up that tells you how many species went extinct and emerged in the last step is too much information? Really @hhyyrylainen .

I don’t think that is too much information… still, I don’t think it is a feature that should be implemented now.

I agree that things will change, but i think its safe to say giving the player a little bit of info each step for 0.4.0 will keep them engaged in the world. And its very easy to do at this point.

Suggestion: we should instead focus on making the mouse hover thing show the species name (and maybe the population) so that the player could come up with rivalries if some species kills them often and then later if that species dies they wouldn’t see it anymore. I think that kind of emergent / DIY story would be more fun than a popup saying 3 species you don’t know if you saw or not have gone extinct.

It would tell you how many split aswell, and maybe little bit about if something big happened the last step, but having the mouse hover thing show species name and population would be interesting i suppose.

Even with that, would the player care? Unless we had images of the species that split / died and they could recognize, I think the player wouldn’t really care. These are the type of stats that could be shown in a loading screen while loading the editor (if we had one, or needed one in the foreseeable future).

I think that these type of statistics should be shoved to thrivepedia where players who care about them can check them.

Well if the player knows the species name (from hover) and we also displayed the species name in the readout they could tie it together. This isnt an either/or thing. This is something i could code in a day (a readout popup) which means we can still have the hover do it additionally.

And eventually we will have the thriveopedia, but i’m talking about a nice little QOL feature we could manage to get into 0.4.0, not the full thrivopedia. I mean i guess it wouldn’t be hard to add a new button in the menu that gave you a readout of basically what the log says for autoevo but eh.

I do suppose it would be a nifty little thing to tide our players over, at least until we start getting more in-depth with that sort of thing. When that does happen, we can always remove it and work on something new