I feel like there are a lot of subtle (and not so subtle) changes we could make to the graphics of the game to vastly improve the aesthetics and immersion. Here are some of my suggestions, and I want to hear what suggestions you guys have as well. Below I will draft a list of everything we think of:

All of my suggestions can be seen in the next couple of pictures. Let’s take a look:

First, let’s look at Thrive in its almost current state (I believe this is 0.3.2). 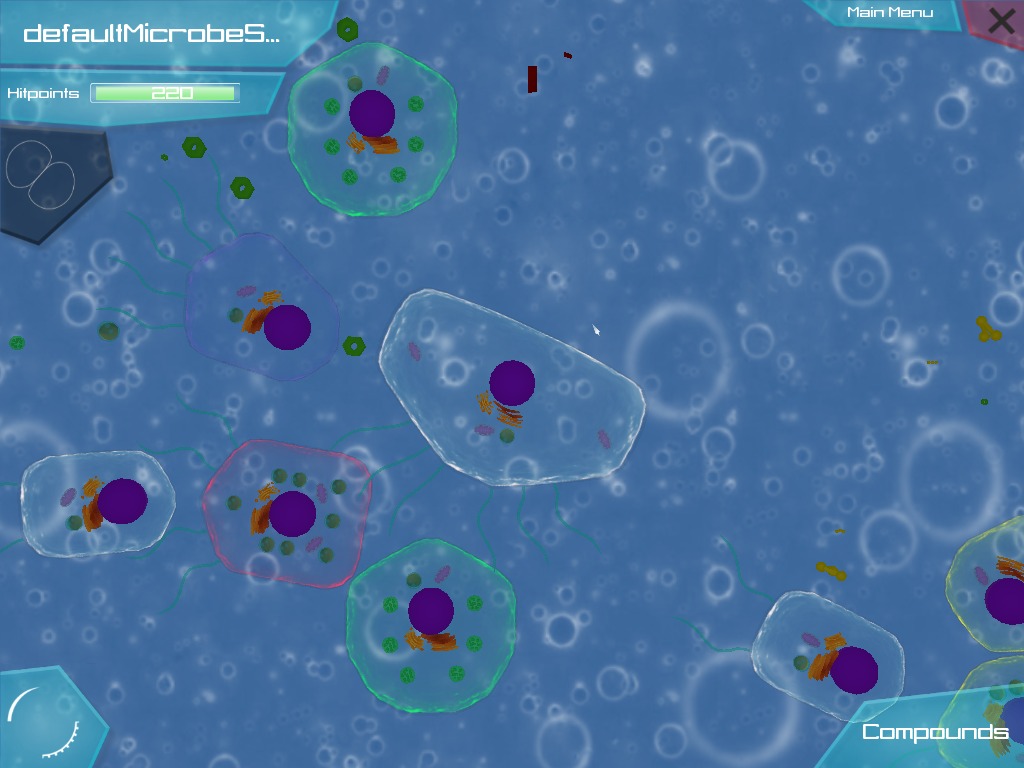 Not bad, but definitely could use some improvement in my opinion. For the first comparison, I will refer to the age old contender, Spore. Here is a pic from the Cell Stage. I will also throw in a pic from Flow, another similar game with fantastic visuals. 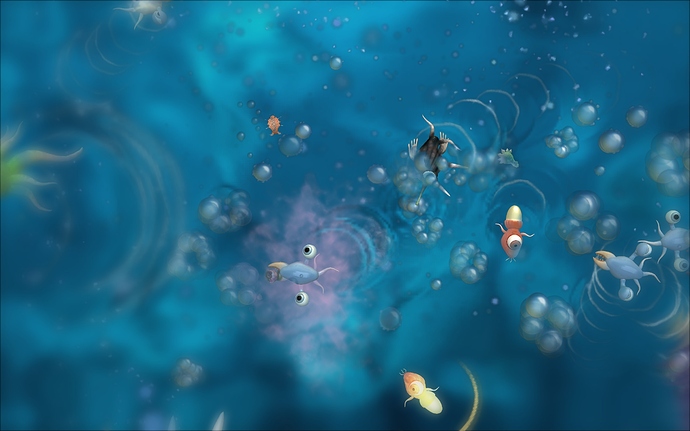 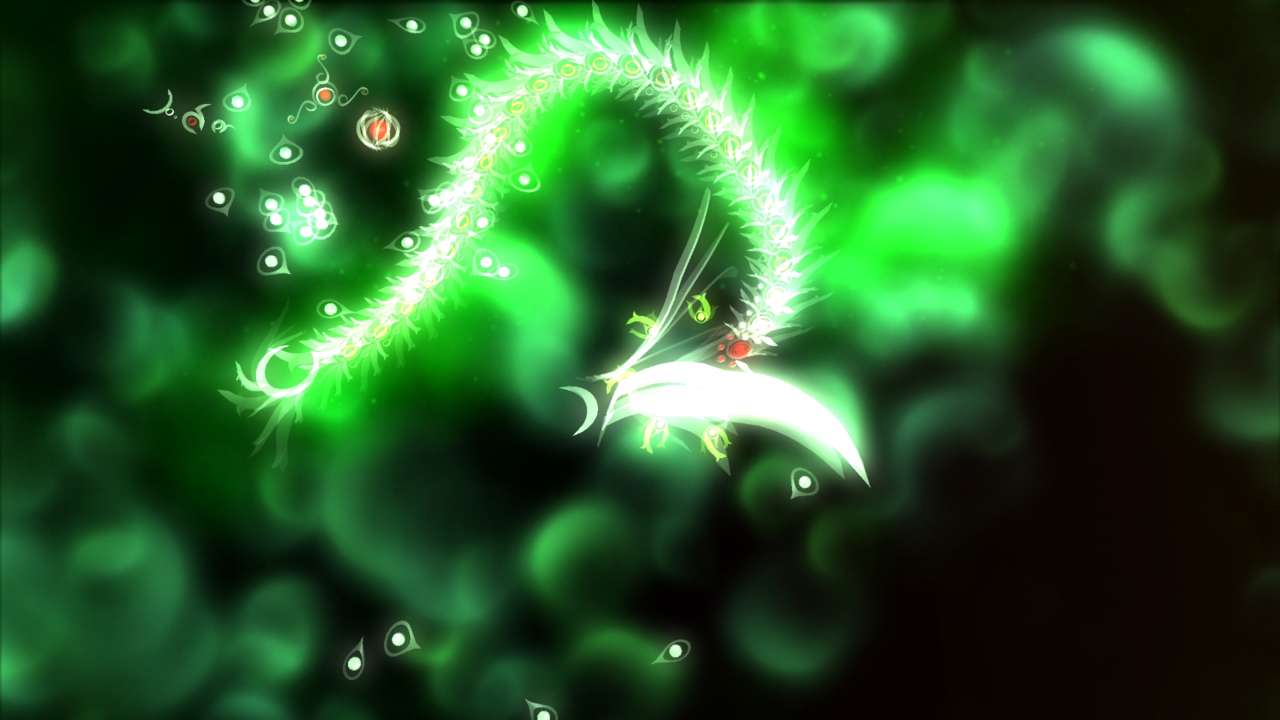 In my opinion, the visuals of these games can teach us a thing or two about what to do with our visuals. I’ll get to those exact things soon.

Next, here’s a picture of some fish and a reef underwater. 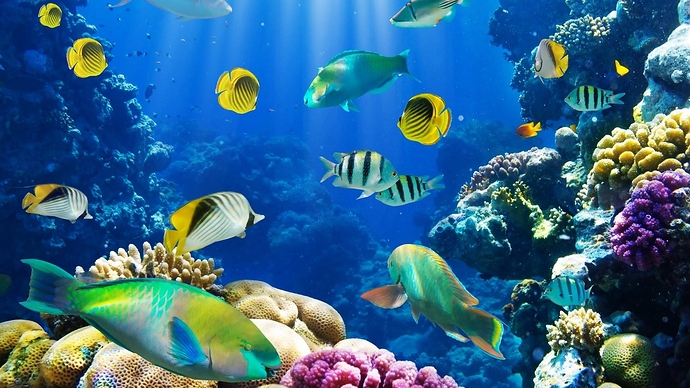 Alright here are my suggestions:

I think that if we could make successively posterior layers become more blurred, there would be a greater perception of depth as the player moves. You can see this in both Spore and Flow, and you can see the blur on the distant reef in the third picture. Then when you look at Thrive, all the layers have the same clarity and I feel it takes away from the sense of depth. Unfortunately, I’ve heard that Ogre currently can’t handle blur and motion effects. However, can’t we simply edit the background layers in GIMP or Photoshop to manually blur them before they are loaded into the game? I think adding blur would greatly boost the graphics and immersion.

Particles and Cells in the Background

In Spore and Flow you can see bubbles and particles and cells moving around in your layer and in regressive layers. We have this a little bit in Thrive as you can see, but hardly to the same effect because the bubbles are fixed into the layers since they are part of the drawing. My suggestion is that we make the bubbles in the background move around, even if very slowly, and collide if they interact. In fact we could entirely do away with having bubbles and other features on the background textures, and instead have the background just be gradients of colour with maybe some subtle rock soil designs in them, and then have the bubbles be independent entities. Additionally, I think we should add particles and cells in the background layers that also move around, but are also blurred like the background. Unfortunately, this still faces the same problem with Ogre not being able to handle blur.

Particles in the Midground

As the name suggests, it would be also nice to have particles in the player’s layer. I don’t know how realistic this would be, so someone will have to fact check me on that, but as you can see in Spore, Flow, and even in the little particulates suspended in the water in the third picture, it adds some life (metaphorically) to the environment. It would also be neat if the particles would collide with the player’s cell upon interaction.

This is one that only appears in Spore, and I’m not dead set on it, but what if we added in ripple effects or some other visual effect to show the movement and flow of water. Also, should we make player cells affected by fluid mechanics? (I think yes, but maybe this is a better topic for another thread).

Changing the Colours and Colour Variation

One thing that may not be apparent at first but that I definitely notice a lot these days is the lack of interesting colours and colour variation in the Thrive backgrounds. I feel like the default one shown above is a dull and monotone blue, whereas in the pictures of Spore and the fish you can see varying and rich shades of blue. Luckily, we also have the green and blue biome and the black and red biome, which I think do a better job of introducing some richer and more varying colours, but I think we could still make improvements.

This I’m speculating on and am not committed to. Do you guys think there are any changes we could make to the lighting or shadows to make things look better. The lighting does look overall a little uniform, but I can’t really think of anything to improve on that and at such a microscopic level I don’t know if any changes would make sense/be realistic. Maybe light shafts?

On second thought though I think we could make changes to general lighting based on the biome. It’s kind of strange to see the cells so bright when swimming in the abyss biome with near black backgrounds. Some darkening of the cell in that case through dimmer lighting I think would help.

Even though there are definitely some big changes that we could make, like implementing fully dynamic cell membranes, that would greatly improve the game’s visuals, I think small changes like this can have a big effect.

It is true that Ogre doesn’t have an out-of-the-box blur. But any type of blur can be implemented using shaders. So it is a bit of work but blur is completely doable with Ogre.
Otherwise I agree with adding blurred stuff in the background.

Additionally I think something needs to be done with the compound clouds. It is quite jarring how suddenly they appear and start diffusing. So I think they should spawn farther away or less condensed so that they don’t spread very quickly just after appearing. Also adding more variation and turbulence animation to them would also probably make them look better.

I was playing around in premiere and I thought it would be cool to test how well some radial blur and a dark vignette would work with some game play footage here is the result:

I also added a tiny bit of contrast and as a result I had to turn down the colors a tiny bit. I also added a focus shift effect whenever I was hit by toxins. I don’t really know how well I feel that part works. Lastly I used NickTheNicks blurred background mod.

Let me know if these types of “Concept videos” are useful in any way. I have no idea how to program something like this, so it’s all up to you. I was also thinking of testing out whether or not it would work to use contrast and brightness as heat and light indicators. If you find it useful, I will do that next

I really like the focus wobble when taking damage, and also the blurred edges (with the exception of the GUI and cursor). I have some thoughts on your points @NickTheNick but I’ll wait until I get more time next week to reply. Same with a couple of other threads.

Now that I have some time to reply…

I agree with pretty much everything you’ve said. For all its faults, I think Spore got the aesthetic of the cell stage (minus the googly-eyed cells) perfect. You really feel like you’re a tiny being in a calm corner of a vast oceanic cacophony. The blur and particle effects are the main visual ways of doing that, but the sound effects go some way towards it as well (which is why I wish we had someone on the team who could actually make good ones, because I can’t).

I am in favour of light and shadow effects, since it would add to the aesthetic above. I had a quick and crude attempt at mocking up something of this type: 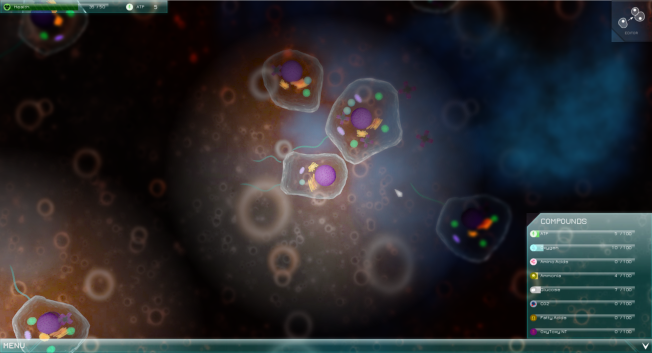 Blurring and darkening the edges would go a significant way to making the game feel like a game. Light and heats spots throughout the environment would therefore be patches of ambient coloured light.

One thing I would like to add to your list is the need for a little colour and model homogeneity. At the moment the organelle models in particular are too cartoony for my tastes and they don’t match very well. I think some colour grading (@Naggorath could weigh in here) could make them all mesh together a bit better. I for one think this (from the organelle models thread) is a step in the right direction: 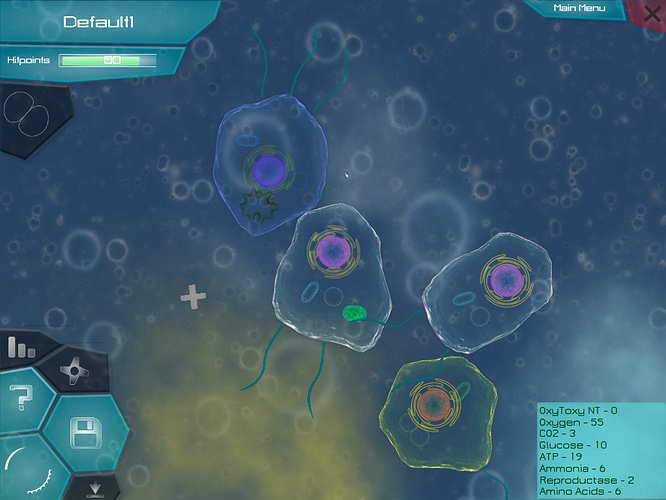 Even though they look a bit wishy-washy, they look a hell of a lot more realistic and coherent than what we have now. I agree with your comments in the thread about the ER though. Here are a couple of images I found showing the realism and coherence I think we should strive for: http://images.fineartamerica.com/images/artworkimages/mediumlarge/1/plant-cell-russell-kightley.jpg and https://s-media-cache-ak0.pinimg.com/originals/fe/94/68/fe946869edea07fba8b880a67f3fa507.jpg

Could you perhaps send me some gameplay footage with those models? then I can try some stuff out

That’s a job for anyone in the organelle thread who made them.

Ah ok. If it isn’t possible to get any footage then I am just gonna see what I can do with the image

Hey, I finally got around to doing another concept video. This time I wanted to see if brightness and contrasts can work as light indicators. This time it is a bit shorter, that’s basically because I had to hand animate a “dotted pattern layer” on top of the other footage (Which adjusts the brightness, saturation and contrast), so sometimes the lights might not fit the movement

I hope it’s helpful in any way, and if you have ideas for other stuff to test out, let me know

Also I did some stuff with lens flares, which I removed again, since it was a nightmare to render and it didn’t turn out as nicely as I hoped

It still needs some adjustment, seeing as oxygen clouds can become very hard to see in bright spots. So i will probably make a new version soon. Also with some more biomes