I created this thread mostly so I could have a place to put a bunch of resources and loose concepts relevant to generating and manipulating a planet whose surface features are dynamic and define the patch map.

First of all, a few relevant threads:

Next here’s a bunnh of resources I found online about how other devs (mostly one dev actually) have approached the problem of building and dividing planet maps using points.

Now onto my ideas, which… currently aren’t much, but they’re a starting point I guess. 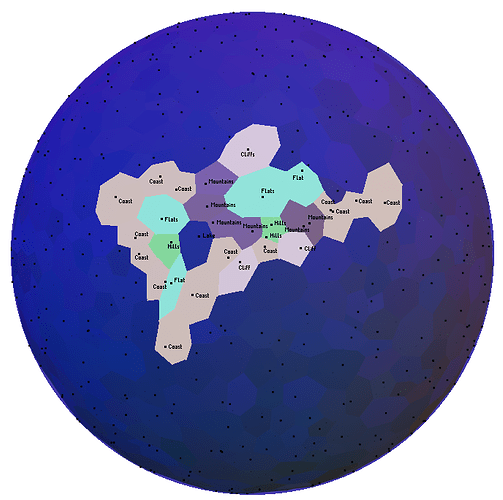 image689×684 146 KB
I used the Delaunay+Voronoi on a sphere demo with relatively high jitter, and then filled in a bunch of cells with biomes. Note that this can lead to some weird stuff happening, such as the very long and oddly-shaped coast to the right.

I’ve thought about this sort of thing before, and one of my worries was that concave or unusually-shaped patches (such as rivers or mountain chains) wouldn’t be able to exist, and any variation in the spacing of these points (such as greater distance between patches in the ocean) could lead to the whole thing looking weird, like this.

However, the points on the planet don’t necessarily have to be patches, but instead just terrain data; then, same or similar points could be grouped into patches. For instance, the C-shaped group of mountainous points would become a single, C-shaped mountain range patch, and wide areas of points in the ocean with little to no variation would, again, become individual patches.

So, generating a planet could be done by making a bunch of points all around the planet, spaced fairly evenly apart, then dividing the planet up into plates and using those to help generate the terrain, determining what the conditions of each point are like. Things like rivers and, depending on the scale, mountain ranges, could be represented as lines going along the edges of the voronoi cells. Smaller features such as vents, tidepools and lakes could be represented by sub-points, parented to the point of the cell they’re in? 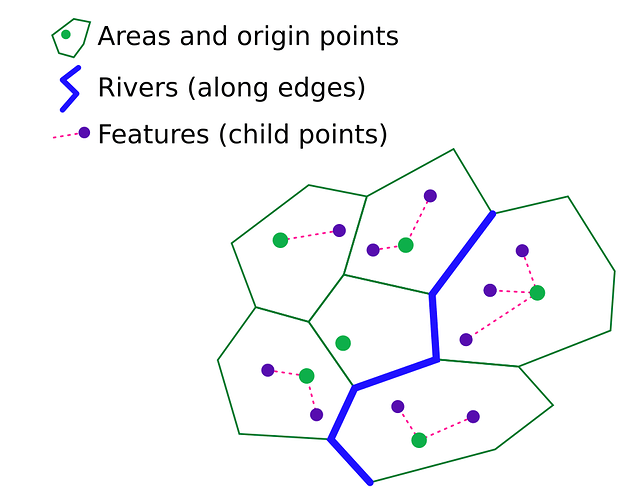 image991×770 59.8 KB
Note that these points aren’t guaranteed to always be in their parent cell, especially if the origin point is getting closer to another origin, changing the boundaries of the cell. 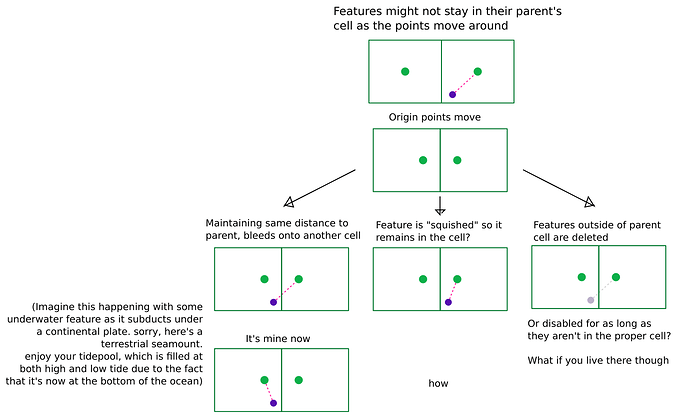 Plate tectonics is probably going to be the hardest part, however using groups points to represent patches (and bigger groups of points to represent tectonic plates) means that the actual terrain of the world can be moved around without having to worry about keeping track of where patches go and such.
Compare this to using a planet with a static grid that changes the patches or “colors” in its cells over time, where you’d have to keep track of where everything is moving to. Movement would be sudden and stuttery as plates move through the cells, and there’s potentially the worry of patches going weird directions or merging into the same cell. 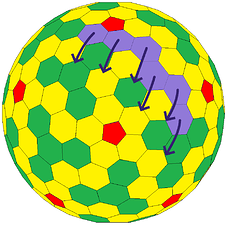 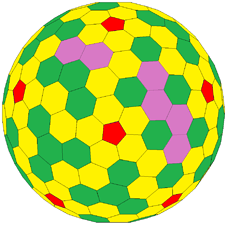 I’m not sure if I can really add much useful information to this part I’m afraid, since I’m not sure I can really wrap my head around how all the tectonic plates move at once on a planet, but I can try to give some vague ideas I guess.

Plates subducting would cause parts of one plate to eventually be destroyed, which could be represented by the points/cells getting destroyed as they’re subducted, or perhaps merged with nearby, unsubducted terrain as they get too small.

Terrain changing would simply be the roughness/height of different cells changing, still retaining any life present on it. (though said life may have trouble surviving or want to relocate)

Finally I also wanna think about how this information will be shown to the player. 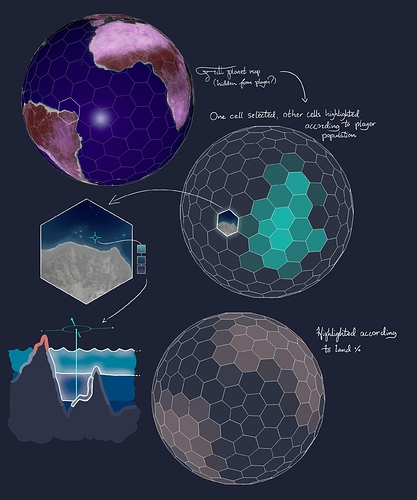 2168×2596 356 KB
Here’s an image from the patch map design discussion, which is a bit outdated (notice the hexagonal+pentagonal tiling, and the unexplained perfect terrain underneath) but in general I still do think it might not be wise to continue pursuing a node-based patch map based on large, underlying planet terrain like this, and instead try simply using a globe heavily obscured by a fog of war, with many aesthetic details hidden if possible, too.
Patches could be selected by hovering over and clicking it on the globe. For oceanic patches which are stacked on top of each other, a vertical beam could be cast from the mouse straight down to the center of the planet, creating a 1D cross section of all the water (and floor) patches. 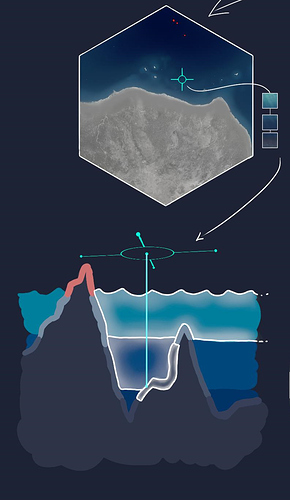 (note: i haven’t really thought about water patches with the voronoi planet. Would there just be water cells above subaquatic terrain cells, identical in shape, then adjacent ones of the same height could get combined into patches? figuring out where certain water depths start could be tricky too. Maybe check the lowest depth of a cell? (since they can have roughness) and if a water depth starts above that point then that cell has a water area of that depth.) 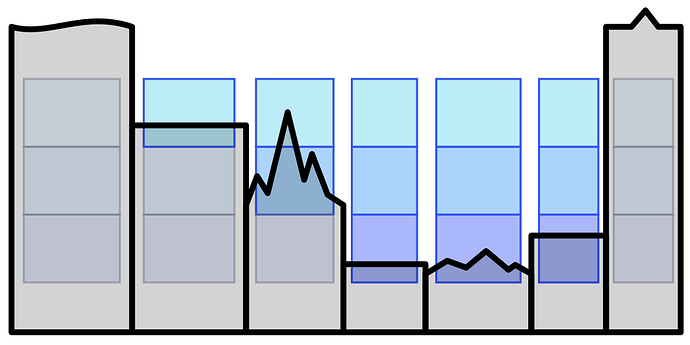 image1062×532 16.8 KB
Here would be a cross section, each “rectangle”/column representing a differently-shaped cell on the voronoi map. The columns of water above each of these cells shows which water depths each one has (note which ones are and aren’t grayed out)

It’s really late and that’s all I’ve got for now I think, so please feel free to post your own thoughts on this! I know a lot of my ideas are really too distant for any meaningful implementation in the short term, so apologies if I should have been using my time more reliably.