So over the past week Ive been working on re implementing a version of both cilia and the free-build editor as I feel these to be important additions for 0.3.4 (and considering cilia was a promised addition to this update). Ive implemented both in beginner states, and need a bit of help cleaning them up and deciding where to give access to the editors in the menu.

For Cilia, it was a pretty simple addition. I just added another organelle to the table and gave it better torque versus force. With the help of Narotiza we added GUI elements for it as well. It spawns randomly with all cells (as it should being in the table), and it can be placed in the editor for 20MP. Pretty simple.

For the Organism Editor I added a variable and had any processes involved in checking lockmaps or MP points go through it first, and if it is on unlock the button and give infinite points respectively. I haven’t figured out how to make a test stage, so you can kinda just build whatever cell you want and go into the main game. It resets the editor to normal after you leave the editor. 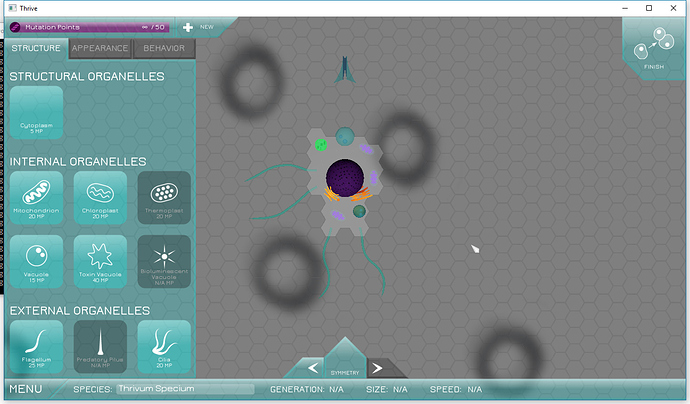 Both are pretty simple additions, but i feel they are pretty good for game play and general fun.

Since @montanaspud is working on implementing the free build editor, he asked me to make a mockup of what it would look like:

This is the ‘Tools’ page of the main menu. I couldn’t really think of anything besides the free build editors and a debugger. The spaces under ‘Microbe’ would eventually be filled by other editors, possibly with a scroll bar if there are too many.

When i get home, ill take a shot at implementing a proper menu for this. Im hoping to get this in relatively quickly, as its not that difficult and it will add some debugging for anybody adding organelles

Having a debugger button with ue4 is not really realistic because the ue4 license prohibits distributing any of the editor components which surely includes any of their debugging tools. Although we could implement our own debugger, but probably not…

I’ve been thinking of including small tech demo things / small parts of stages but those are more fitting to be under the extras options. Unless of course they are like the tech or ideology editors which could be under tools.

I would think the debugger would most likely be something we make and use to help, like a console view in ue4 thats just the strings that are printed to help us see whats going on?

I couls also see the tools menu being specifically for editors, if that seems reasonable.

Well i got the implementation down. With this template I think I can put in the options menu as well 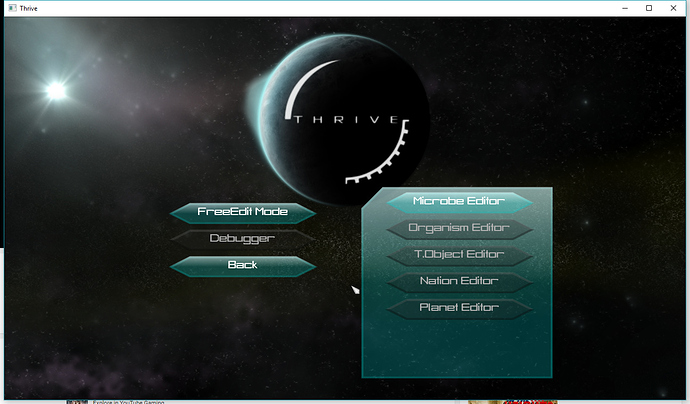 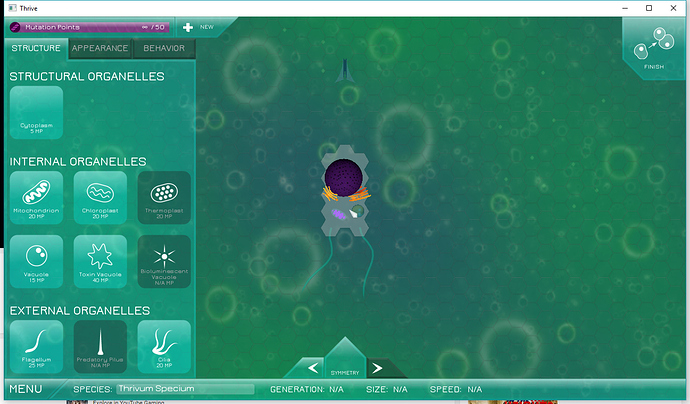 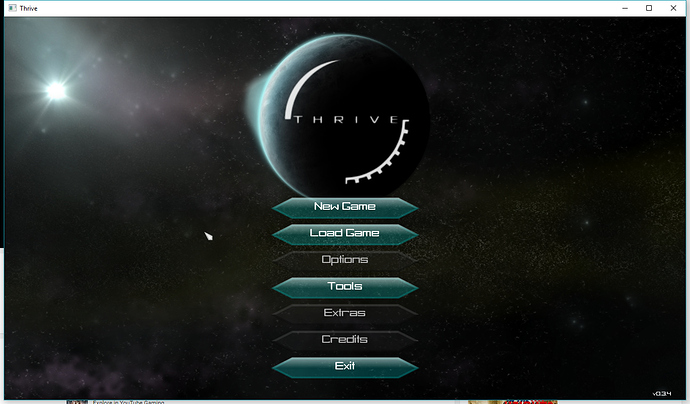 The freebuild editor works. Very well in fact. The cilia is there just in case its added. There is space for the other editors, and although the GUI is FAR from final, i think it will allow for a bit of expansion. I would love to thank narotiza and oliveriver for helping on gui and concepting! The final will look hopefully similar to oliveriver’s concept.