Let’s get some information down on the dev forums as well about low performance.

So the game seems to drop to low FPS after playing for quite a while. Even dropping to single digit FPS. I’ve already reduced the game entity limit from 1000 to 300, but even that doesn’t fully help, but seem to at least postpone the problem a bit.

I wrote some instructions on profiling here: Thrive/profiling.md at master · Revolutionary-Games/Thrive · GitHub

Note that you should disable auto-evo in background and set worker threads to 1 in options to get cleaner profiling numbers.

I’ve tried disabling AI, rendering microbe graphics other than the player, and disabling microbe sound. Those have no impact on the performance. It seems that around 30% of total time is taken up by physics and Godot scene tree updates, with 10% being our C# physics callbacks. So yeah I don’t have any easy ideas at this point other than further restricting the number of game entities.

Other than reducing the number of entities I can only think of using Godot’s Servers: Optimization using Servers — Godot Engine (stable) documentation in English

While I can’t make a fancy graph like this I could provide you with a rough estimate of the perfomance of Thrive on my system:

Main Menu and Patch Map Perfomance: 120 (usually it is around 211 FPS) 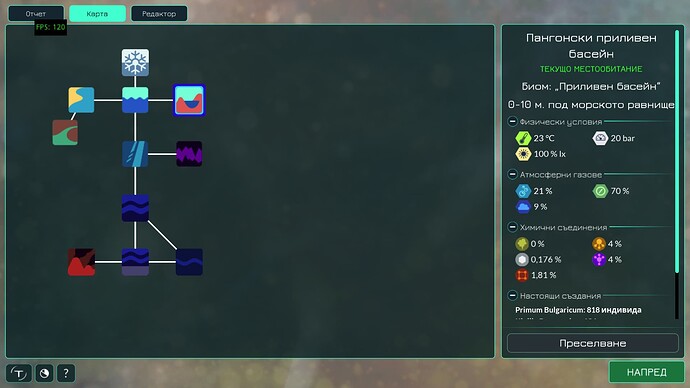 Auto-Evo Report: around 100 FPS probably due to the graphs 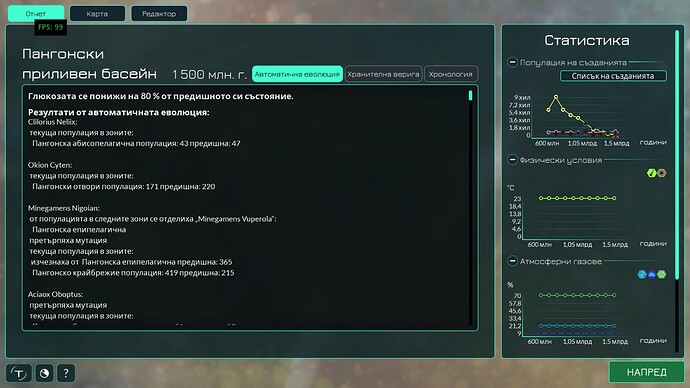 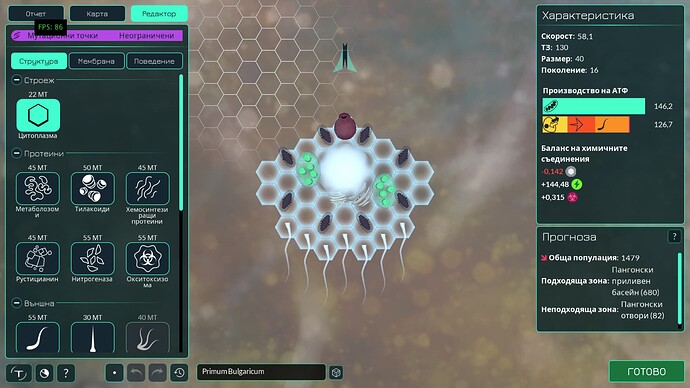 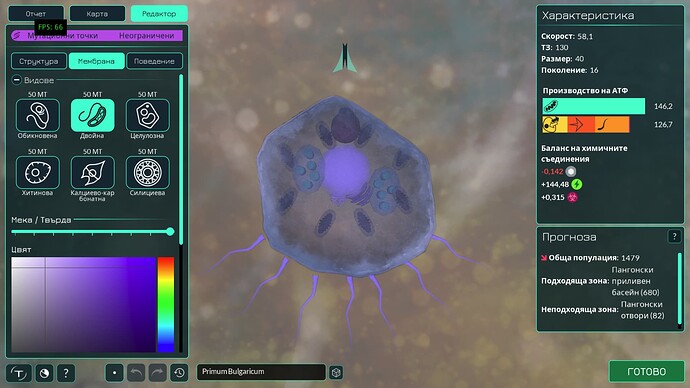 During gameplay for the current save the FPS is around 2-12. The save is created in Freebuild Mode and it’s on generation 16. I managed to increase the perfomance (probably) due to 5 or 6 extinctions which I managed to create in my patch. Currently it have 10 species with various populations (including mine of course) and the FPS is back to around 30-40.

And here are a few of the things which I wrote in Discord earlier today, I will just leave them as a quote:

I’m starting to get suspicious what causes the game lagging so much because the moment when I’m either saving or waiting for the auto-evo to finish, my FPS goes from 3-7 at generation 16 with a freebuild cell to 50-80:

For the occlusion culling, Godot does not support that feature like other engines. The organelles shader could indeed be made much more performative.

I don’t think we use ambient occlusion, if you are talking about the render effect.
From my profiling results it doesn’t seem like that sending rendering commands to the GPU is the bottleneck, nor is waiting for GPU to process the current frame.

I meant occlusion culling, my bad. It’s an important method for really weak or older gpu but as you say, rendering isn’t the bottleneck.